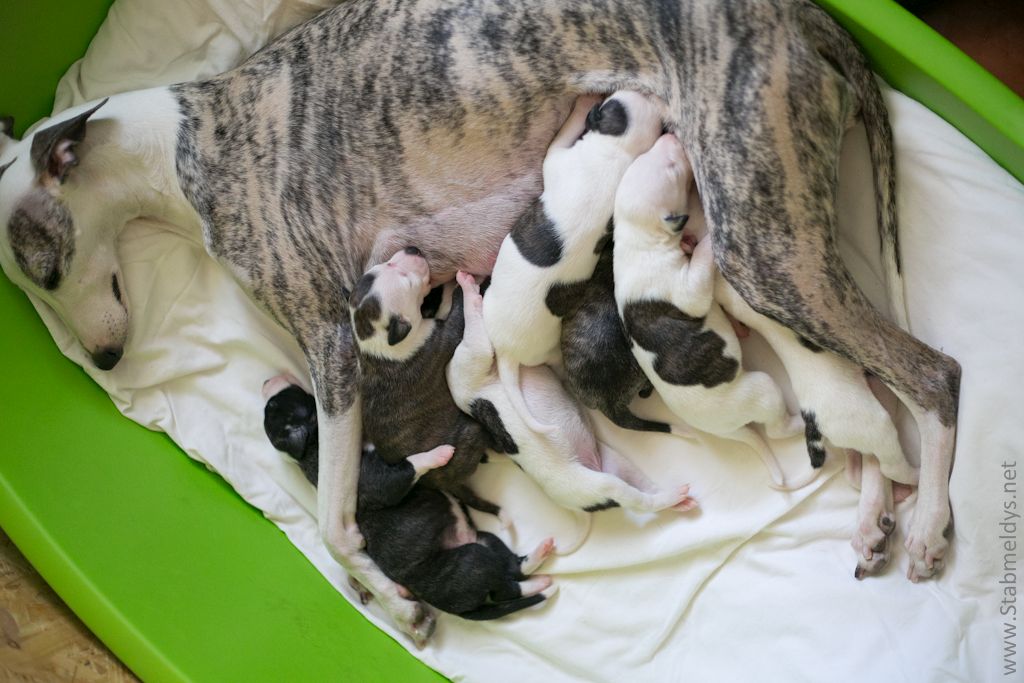 All puppies have found their homes.

Puppy video (white ones) at 6,5 weeks old – mom Kris teaches babies do not climb on the bed :) 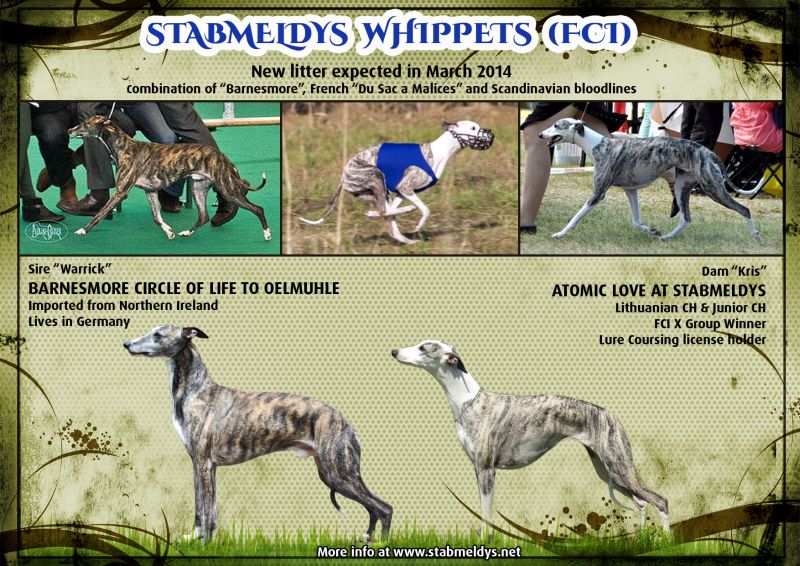 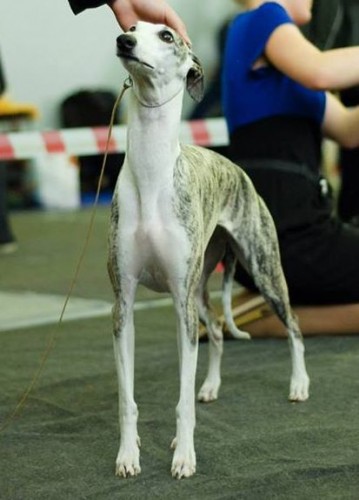 Our initial plan for our 2nd litter was about our elder bitch “Gella” Haute Couture Romantika – she gave us pretty offspring in her first litter and I was eager to try a different male on her and see what it would bring us. We have planned to mate her with “Warrick” Barnesmore Circle of Life to Oelmuhle since Summer 2012.  It took us a bit longer to make this plan alive, and – thanks to kindness of Mr Jürgen Rösner-Papenfuss, who owns Warrick – we got a chance to mate our Gella to this remarkable stud in July 2013. Unfortunately, due to my mistake in determining “the right day” for the mating Gella was empty. It was sad experience, but I was eager to repeat the same mating during Gella’s next heat…

Meanwhile Gella’s daughter “Kris” Atomic Love at Stabmeldys have finished her Lithuanian Champion title. Time flied, and I began to realize that maybe we should change our plans a bit – not for a stud, but for a… bitch :) Kris appeared to be better mover than her mom; her size is better, she is a true feminine type of a whippet and her character is beautiful, she’s energetic, easy-going, absolutely non-dominant & sweet girl, whom we still call “a puppy” despite she’s 2.5 years old. Also I saw that Warrick can complement her perfectly, they have strong features and there is no same flaws in these two. And slowly I came to the decision that this girl will be the one who fits this chosen stud better! We both – me and Kris – have visited “Oelmuhle” once again on January 4th, 2014, and this time we succeeded! 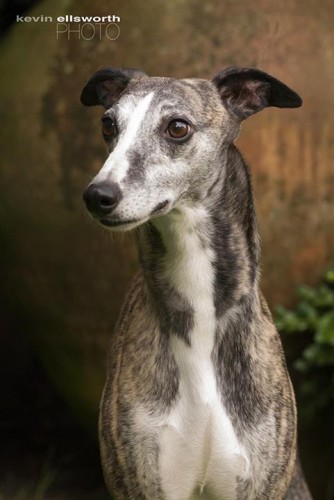 I can’t actually remember which “Barnesmore” dog was the first whom I discovered while browsing the history of the breed. Maybe it was CH Painted Pony or Barnesmore Chirakawa, or maybe world famous CH Barnesmore Galileo, whom I secretly wished to incorporate into my breeding… The fact is that “Barnesmore” whippets were and still are very special for me. Later I had a chance to see some “Barnesmore” dogs and their offsprings alive, and they totally charmed me with perfect movements and their special style… A couple of years ago I came across the photos of CH Barnesmore Casanova, residing in South Korea. “Why he is so far away?” was my first minds… And only later I came across his litter brother “Warrick” Barnesmore Circle of Life to Oelmuhle, a German resident. It was a kind of miracle, as this dog appeared to have all my favorites in his pedigree: he is a son of CH Barnesmore Celtic Tiger and a grandson of three awesome dogs which was my dream: CH Barnesmore Galileo, CH Barnesmore Paint the Town, CH Barnesmore Black Orchid. All my dreams came together in a single “stallion”…

I was happy to see Warrick in flesh in Summer 2013 – he appeared to be extremely gentle, energetic dog with amazing temperament and unforgettable “driving” movements, we just loved him immediately! I believe he’s complementing Kris better than any other stud could do ;) 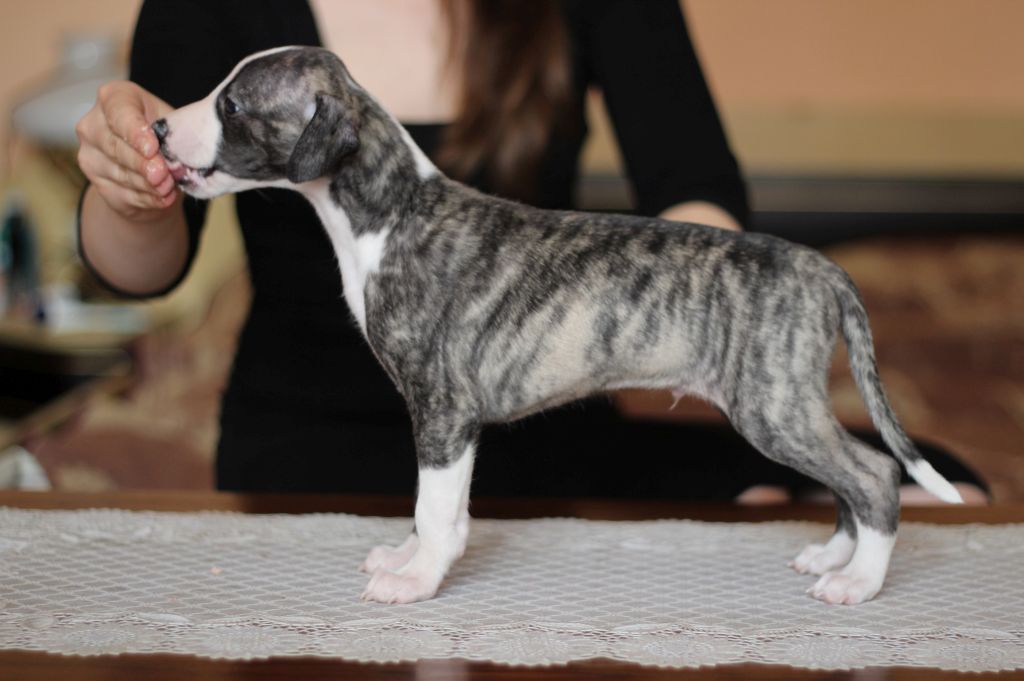 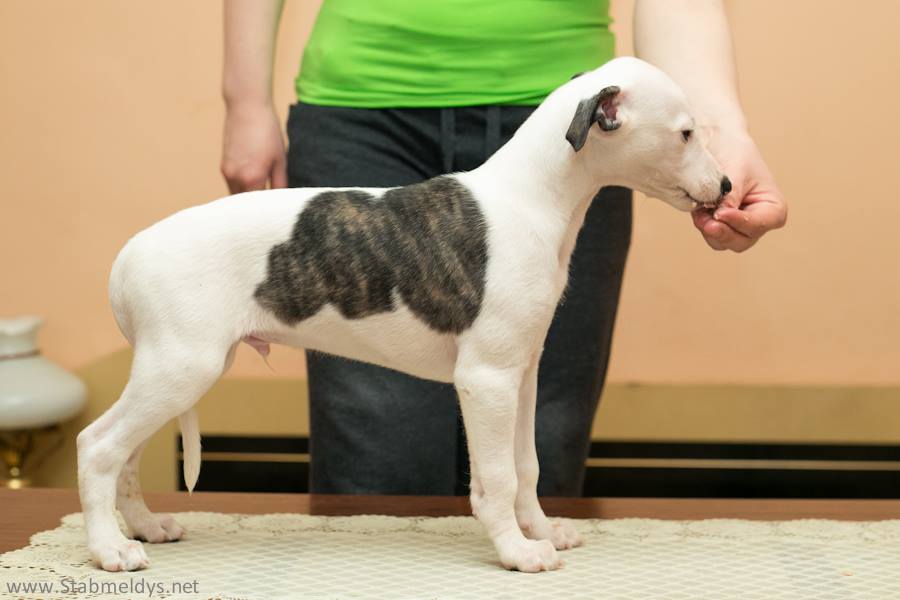 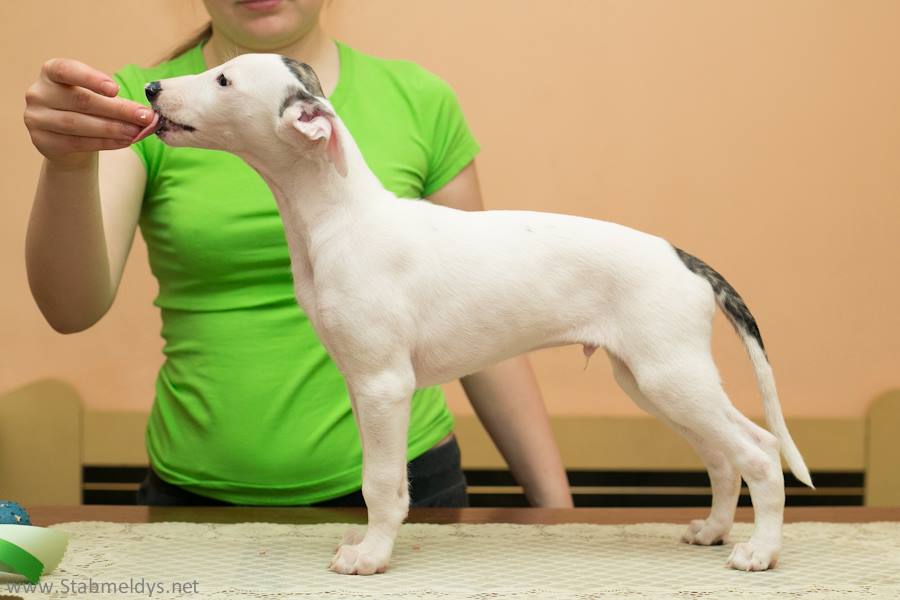 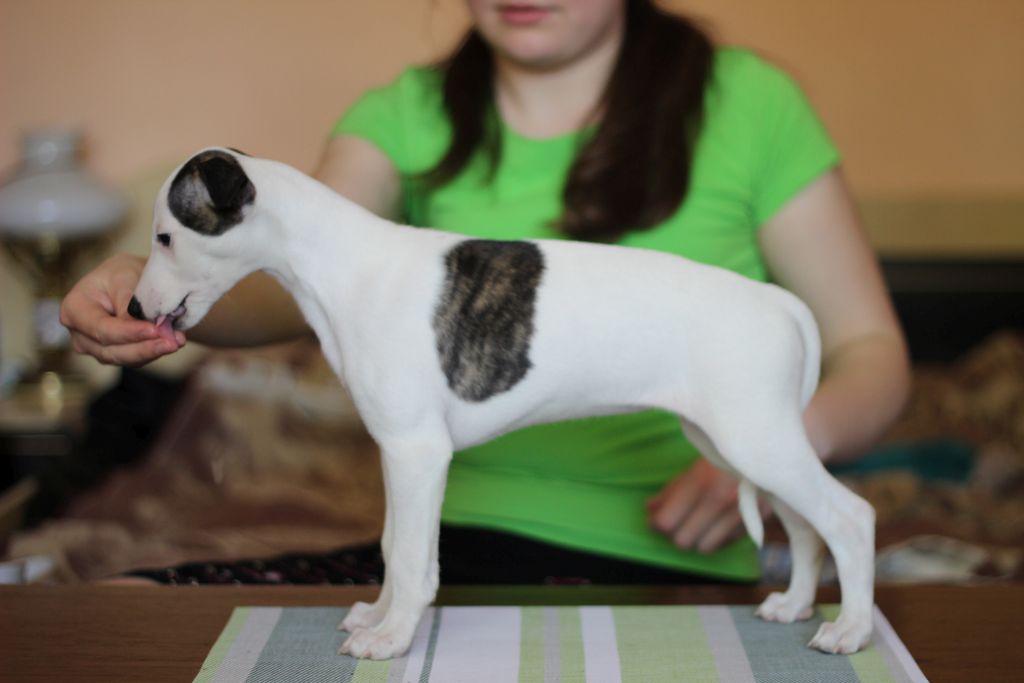 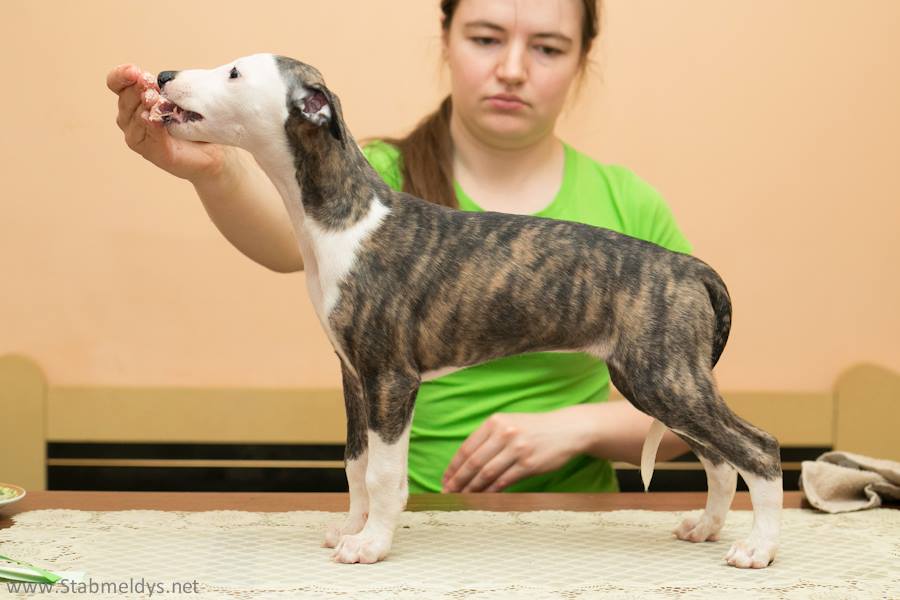 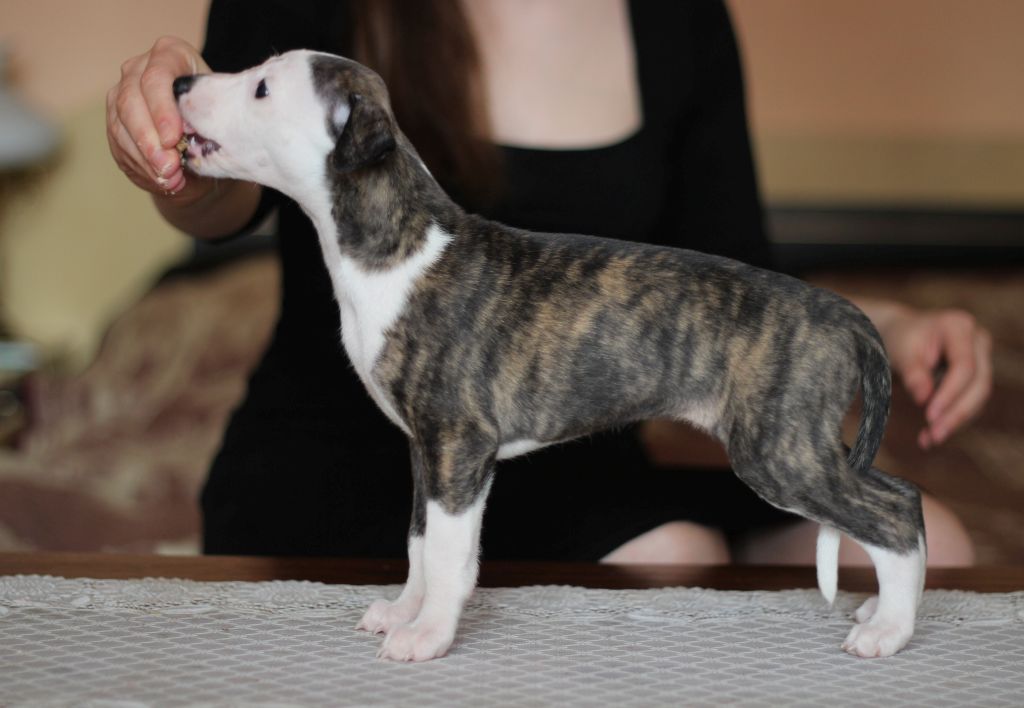 3 female – SHORES IN FLAMES AT STABMELDYS. Stays with us. 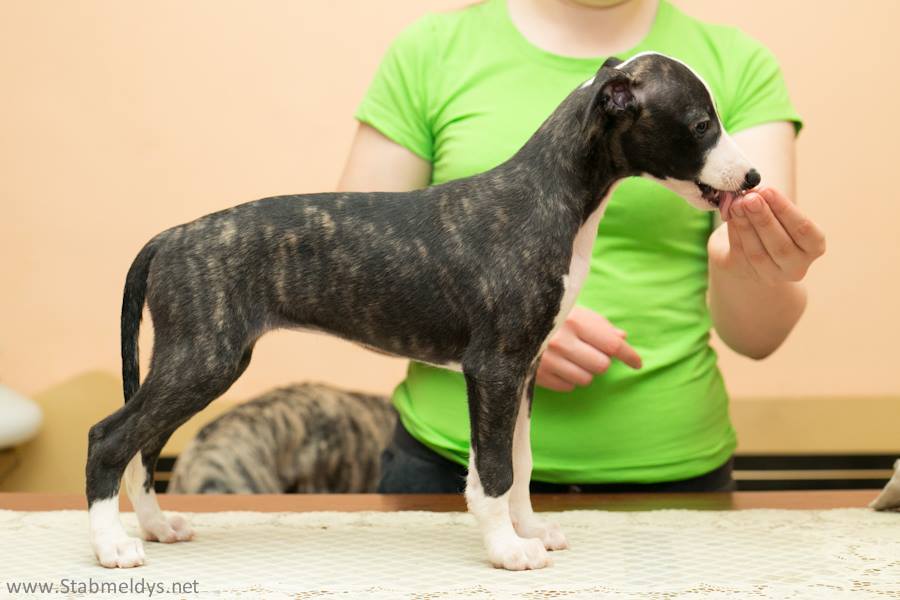 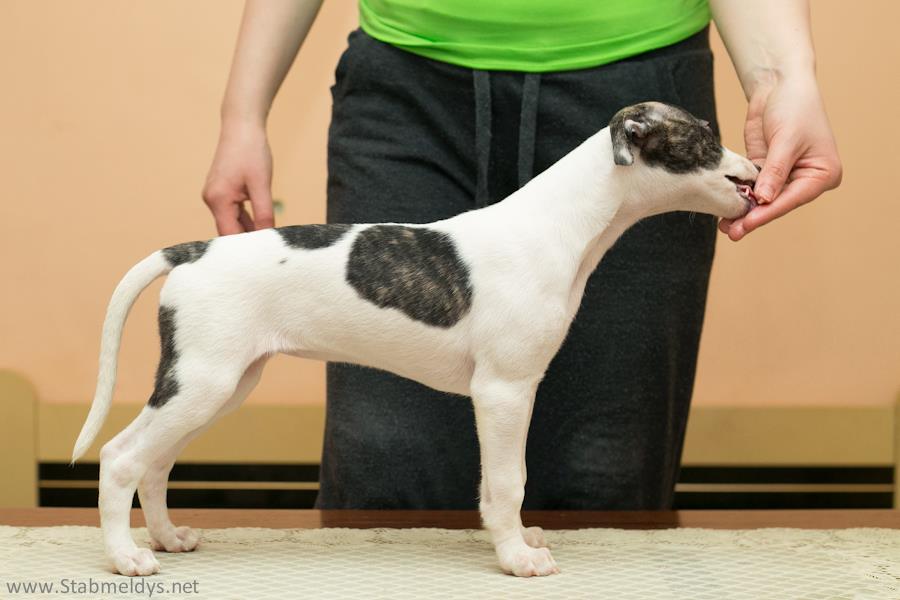 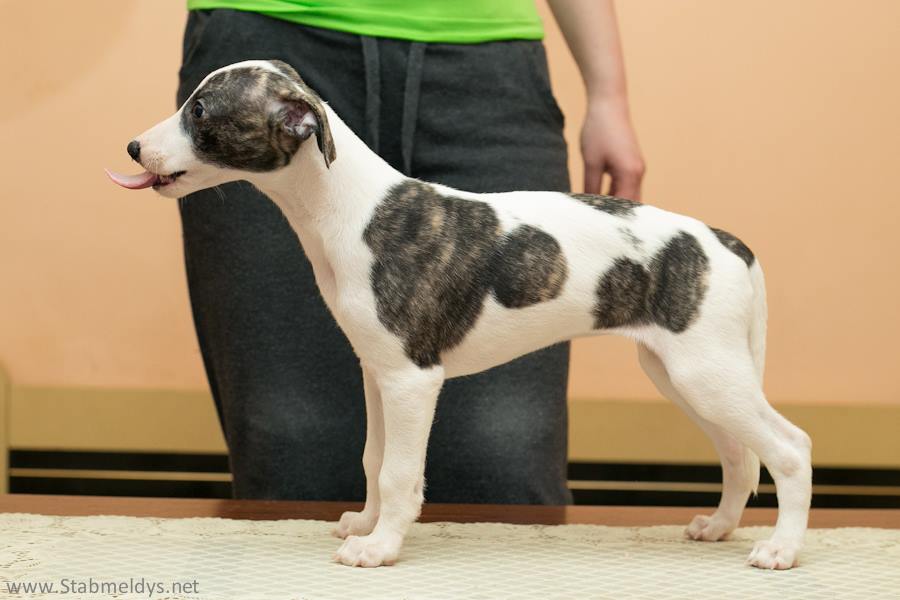 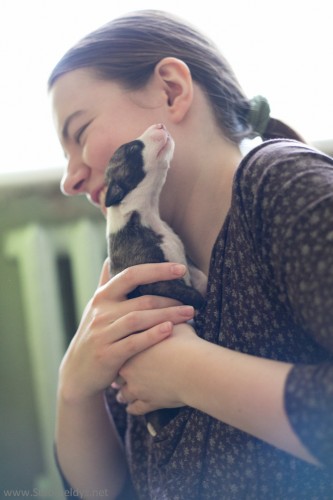 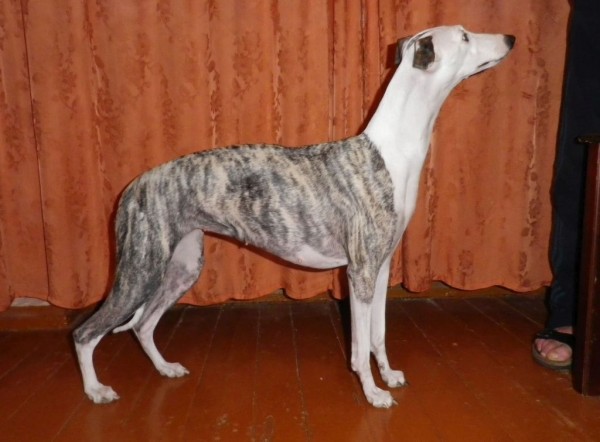 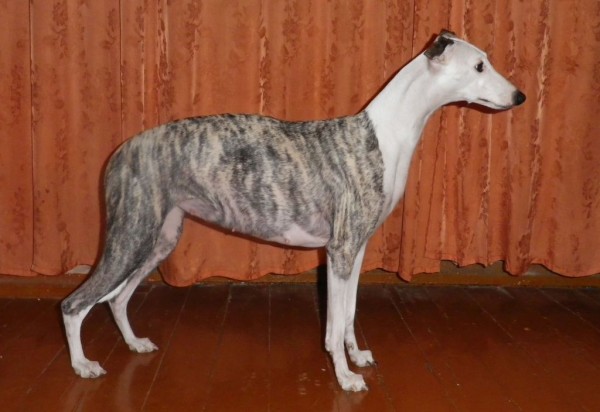 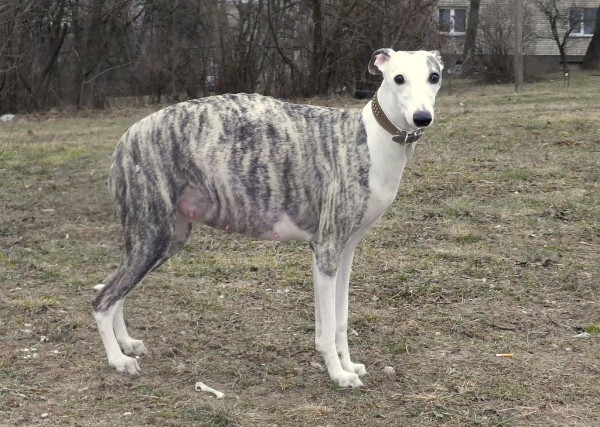