The sire of our A-litter is 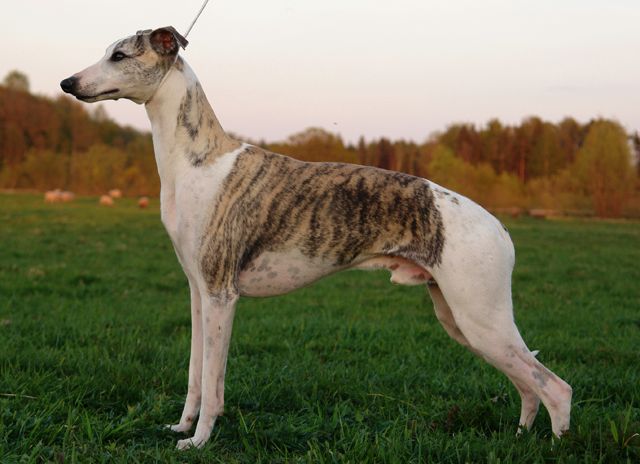 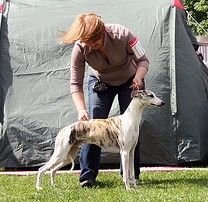 This tiny picture on the left was the first image of Gelos ever seen by me. Mrs Ramune Balciuniene, an another whippet breeder from Lithuania, took this picture at Latvian Sighthounds Speciality in May 2010 – Gelos was Best of Opposite there, only 12 months old. Back then I was in a long search of a male for my first litter planned out of my beloved Gella. I was limited to neighbor countries in my searches, but had a long list of desirable features which as considered to be “a must have” for suitable stud. And… this tiny picture just captured my mind. I could not get this dog out of my head, as his type was so appealing for me! But I was a “pedigree whisperer” (and I still am at some extent) strongly believing that pedigrees of both parents must present a perfect match and that stud dog must come from a linebreeding combination with strong bloods… (more to come…)