We have spent last Saturday, August 23, at the National Show held in Salcininkai town, about ~50km from our home. I had two of our gang with me – “Kris” CH Atomic Love at Stabmeldys entered in champion class, and her little daughter “Yochke” Shores in Flames at Stabmeldys, now 5.5 month old, had her second show in baby class.

Weather was very fine during the day, sunny but not hot, but actually it was the most disorganized show I’ve ever seen in last 15 years. The whippets were the first breed to be judged in the ring, scheduled for 11:00, and the ring was late for 1.5 hours! (and we were lucky enough, as some other breeds had their rings late for 2.5-3 hours that day…) Still I was totally thrilled with the results, as “Kris” CH Atomic Love at Stabmeldys was BOB and “Yochke” Shores in Flames at Stabmeldys got great description and was Best Baby. 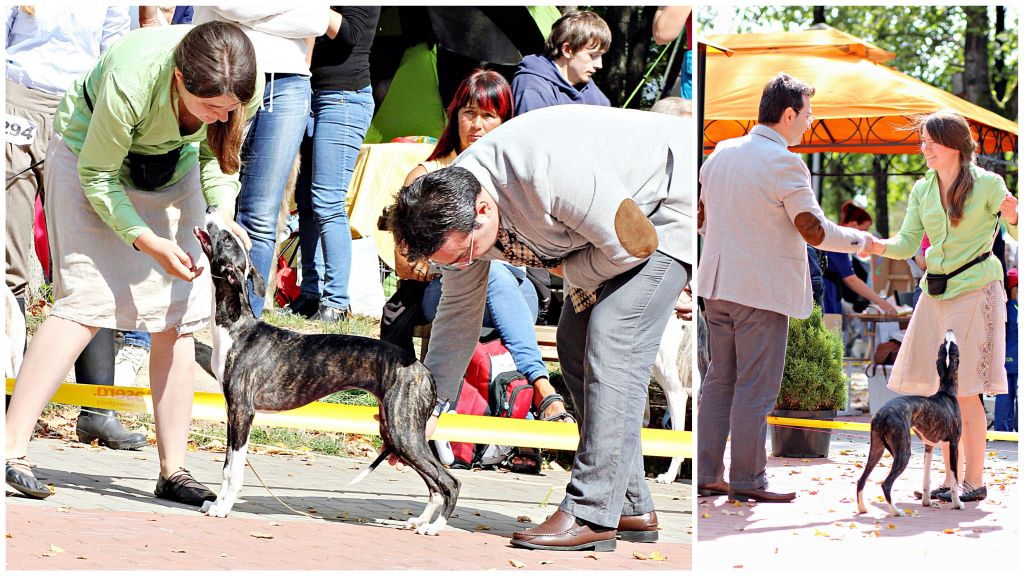 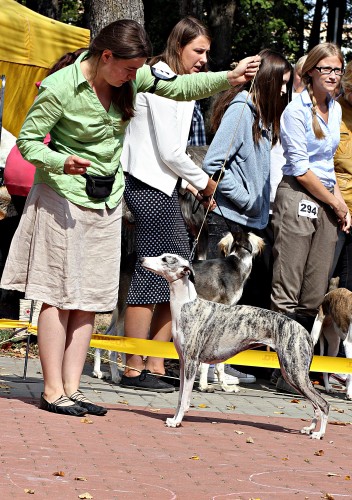 So we had to wait for the BIS rings and here it all started… first light rain and then just total shower… Baby BIS started at 20:00 when I was totally wet and just happy with the fact that dogs are safe, dry and warm in their cage. Yochke was selected to Best 5 in baby competition, and Kris ended up being Res. BIG. Getting home was a true pleasure. Both Kris and Yochke were also entered to the same show on Sunday, but I decided to stay at home for health sake – and I was right, as it was raining all the day and me and dogs were very happy to be at home instead of running in the ring under the pouring rain. Sometimes it’s really worth to miss the show ;) 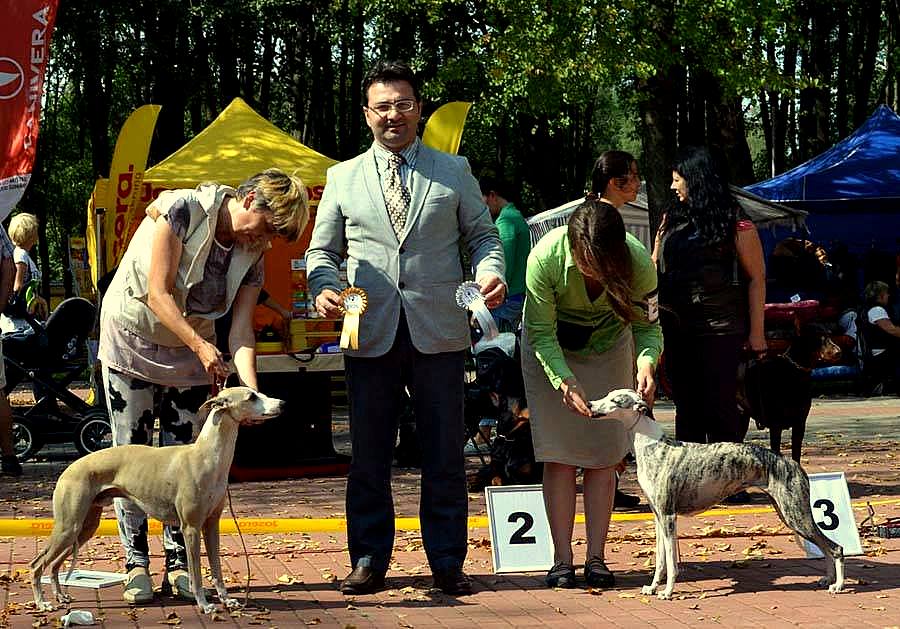 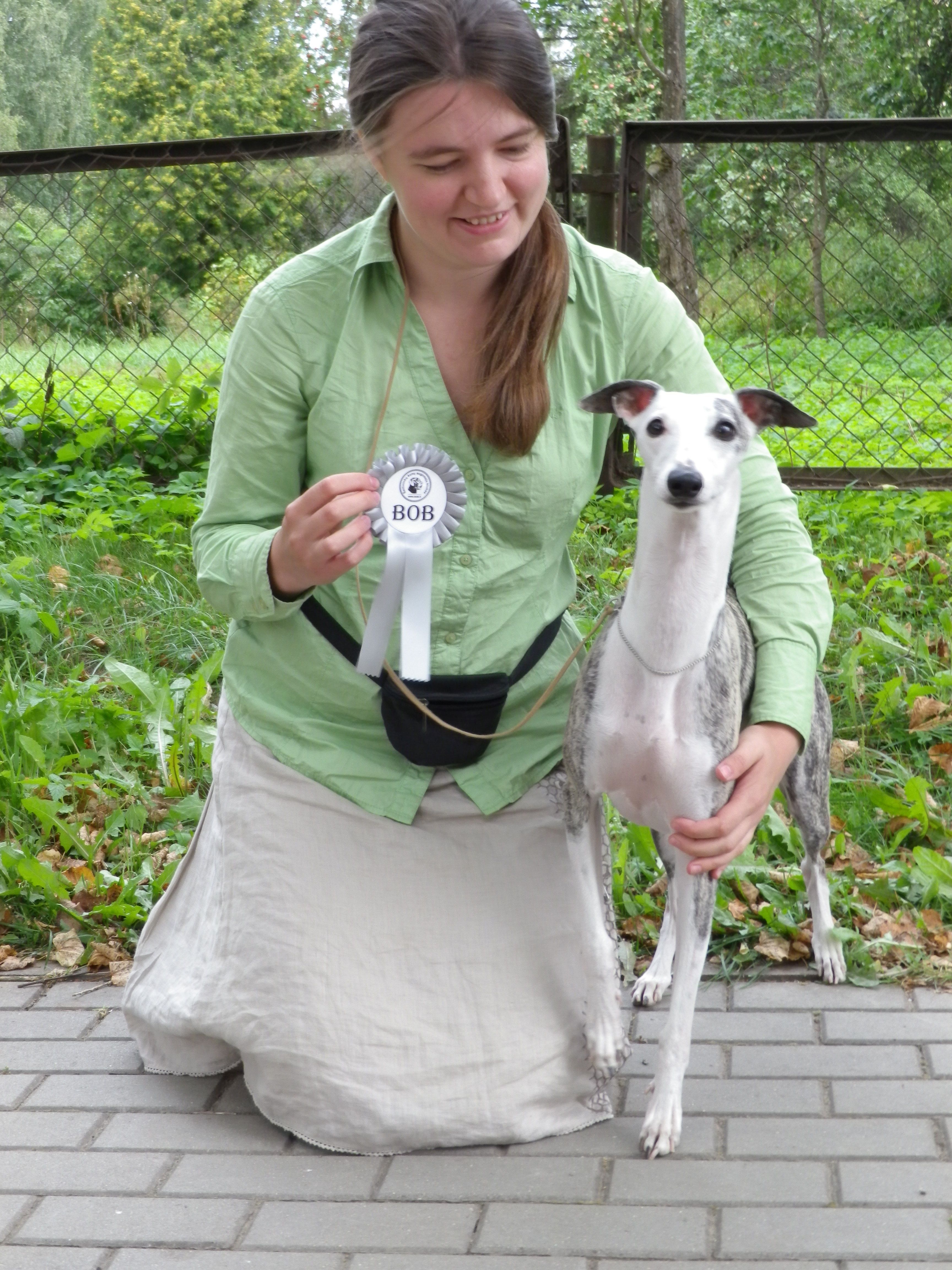 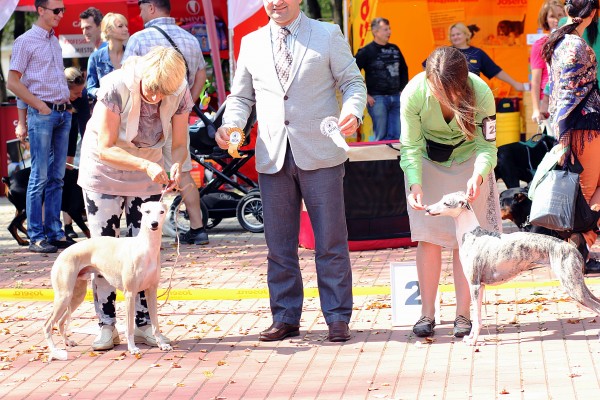