November’s Riga Speciality was supposed to be the most exciting show of the year 2013 – Latvian Sighthounds Club had invited Mrs Bitte Ahrens Primavera to judge this show. Showing my dogs to Bitte Ahrens was my longtime dream and it was really rare chance to do this just 300 kms away from home. So I have entered my both girls immediately after discovering that Gella haven’t got pregnant after her last mating which took place in July.

Unfortunately we always were very unlucky with Latvian shows, and this time it appeared to be the same – just 4 days before the show it was announced that the judge can’t come due to serious health issues. So the whippets were given to Mrs Rasme Ergle – Latvian borzoi breeder. I was not allowed to withdraw my dogs from the show, so we decided to come anyway, at least to see our relatives who live in Riga.

So we took part in the show, and despite the fact that our ring was late for 2 hours it wasn’t so bad: 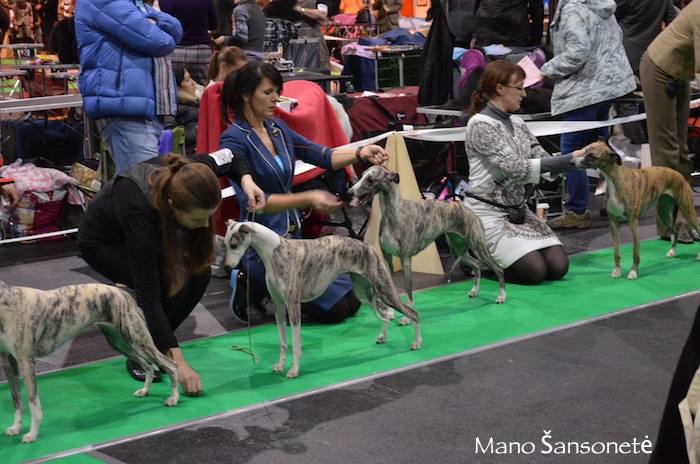 Kris is second from the left, open class bitches 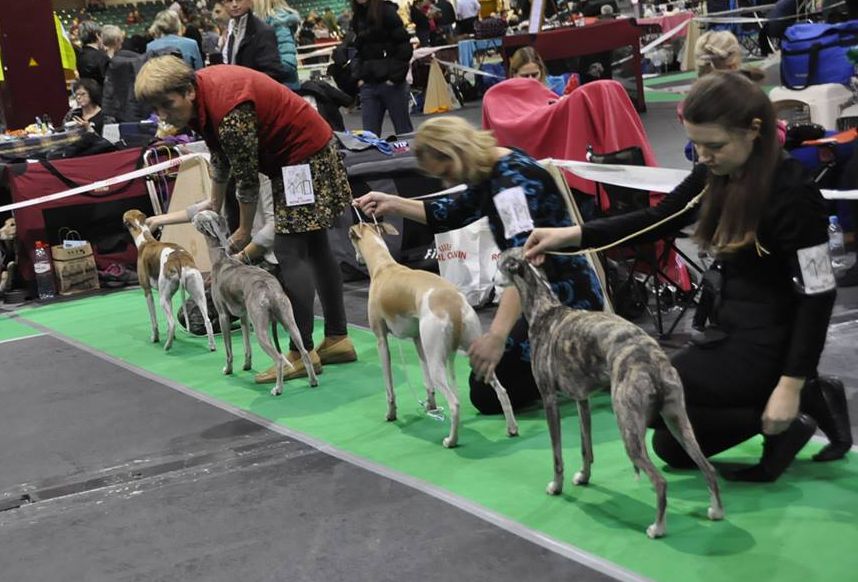 So generally we very pleased with the results and spent the rest of the weekend resting with our Latvian family whom we always visit when coming to shows held in Riga. And I still hope to have a chance to show my whippets under Mrs Bitte Ahrens Primavera one day :)